Batteries are now the star of the global market, appearing in the most modern gadgets and, of course, the mobility business.
Batteries have advanced little or nothing in the last 30 years, with the exception of the last 5 years, when there have been significant technological advances in battery technology, particularly in tablets, notebooks, and last generation cell phones, as well as any electronic gadget that uses batteries or rechargeable batteries.

Considering that the development of electric automobiles has seen a dramatic shift in the previous 3/4 years, everything points to the end of internal combustion engines fueled by fossil fuels and the transition to completely electric cars powered by rechargeable batteries. As a result, batteries are nearly always the driving force behind research, analysis, investigations, training, and major expenditures in technology advancements that lead in the correct direction. The primary concept for the automobile sector is to have the best batteries, the most cost-effective, the most durable, the most efficient, the greatest performance, the smallest size and weight, and the fastest charging times. Since each car that wants to be successful in an ultra-competitive market must meet the majority of these requirements, which will eventually determine the success or failure of any model of electric car, independent of the prestige of the brands.

Today, Chinese cars can compete head-to-head with the most prestigious automotive brands, with results in quality, aesthetics, and performance that have surprised more than one traditional European company, so that in the short term, the battle of global sales of electric cars will be ruthless and relentless to have the key model of popular acceptance in terms of value and performance, with which the automakers of the old continent face a titanic task where millions of people will be affected.

Returning to the evolution of battery technology, lithium has become the new gold in the battery sector, since each high-performance battery contains this rare mineral. As a result, an unprecedented quantity of lithium is required to feed an eager industry that pledges to replace all automobiles sold with this technology over the next few years. 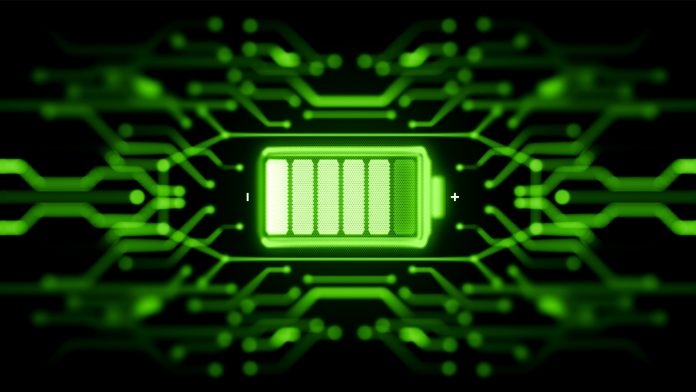 There are several innovative companies in the development of new technologies to achieve higher efficiencies at a lower cost; we can mention Panasonic, Samsung, Sony, and recently Tesla has entered the market for manufacturing high-tech batteries and performance, which includes new technologies and developments in lithium extraction using new methods that allow in theory to ensure efficient production and, as a result, the low cost of these batteries. Tesla has just entered the mining industry by acquiring property near California to commence large-scale lithium mine, since the need for lithium will expand as the electric vehicle fleet provides the millions of automobiles that will be created globally. Billions of euros are at risk in the research and development of new batteries that can fulfil all of the automobile industry’s needs.

Among the variables are solid-state batteries, which are predicted to make significant gains. Batteries are devices that store chemical energy and convert it to electrical energy. They are composed of four major components: anode, cathode, electrolyte, and separator. The cathode and anode are the electrodes via which the electric current flows from one to the other. In this case, electrons flow from the negatively charged anode to the positively charged cathode, the electrodes generate the electric current, the electrolyte allows positively charged ions to flow between the two electrodes, and finally, the separator separates the two electrodes and prevents the battery from short-circuiting. There is a significant distinction between current batteries and solid state batteries.

Unfortunately, certain molecules in this electrolyte promote the formation of crystalline formations known as dendrites, which are long, pointed structures that can perforate the separator and cause a short circuit, potentially resulting in hazardous explosions. Meanwhile, solid-state batteries, as the name implies, feature a solid separator that prevents dendrite formation. Furthermore, solid state batteries have a better energy density, which reduces the risk of explosions. These batteries also take up less space and can work in a broader temperature range, which has tremendous implications for electric vehicles.

Another consideration is that the current range of an electric car is in the order of 400/480 km with a full charge, with the charge taking between 7 hours in a normal network plug or one hour in a super charger; this is something that can be greatly improved with the new batteries, both in terms of charging time and driving range. The equation that the new batteries are aiming for is to attain a range of around 750 kilometres on a single charge while remaining accessible to customers, with the new solid state batteries performance being doubled to tripled the current characteristics of regular or common batteries. Charging times will be cut down to as short as 15 minutes. When we look at the latest Samsung cell phones with solid state batteries, we can see that they have been able to produce a battery that can be charged thousands of times, and in vehicles, this technology will allow cars that contain them in their structure to go 800 kilometres on a single charge. Furthermore, these batteries will last roughly ten years, implying that with these new technologies, internal combustion engines might be completely phased out of the market in the near future. FORD, VW, BMW, HYUNDAI, and TOYOTA are all highly interested in these new technological breakthroughs with the new solid state batteries. Bill Gates owns Quantum Scape, a firm that manufactures solid state batteries with ceramic layers that are resistant to dendrite development and can function at higher temperature ranges in both high and low temperatures.

In response, a research team led by physics engineer Jhonn Willnof has filed a patent for a solid-state glass-ceramic battery that is stable and non-flammable, faster, and has three times the capacity of standard lithium-ion batteries, achieved by adding sodium to the battery to form a stronger electrode. This will allow it to be recharged about 2000 times without losing recharge capacity during its lifespan. Furthermore, the battery has an operating temperature range of -20 to +60 degrees Celsius without diminishing performance capacity.
Electric vehicles are now making a major jump from alternatives to a sustainable vehicle as technology and engineering advance. by leaps and bounds toward an imminent future in which mankind will be able to enjoy new ecologically beneficial items.

Charging solid-state batteries with neutrino chargers
While cars are gradually going toward electric engines and batteries are becoming more efficient on a daily basis, one engineering stands out above the rest. Neutrinovoltaic technology is the future in and of itself, since this groundbreaking German innovation allows for continuous and permanent battery charging by using Neutrinos to generate power and so feed the car’s internal batteries. Thus, using neutrinovoltaic technology, the need to connect a car to the electric grid will be obsolete. Thus, the possibilities of automotive circulation with this technology allow for the unlimited expansion of performance capabilities, which is a revolution in the motor world. 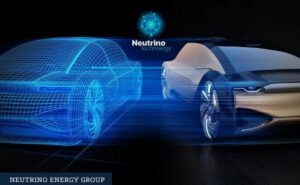 Currently, Dr. Holger Thorsten Shubart, CEO of the Neutrino Energy Group, is doing in-depth research on this technology at the NEUTRINO ENERGY GROUP institute in Berlin, Germany. They are bringing the state of the art in engineering and development of cars powered by neutrinovoltaic technology and are building the first fully environmentally friendly and sustainable car powered by this revolutionary neutrinovoltaic engineering. This car is called CAR PI and has Neutrino sensors in its structure that allow it to capture the passage of NEUTRINS through doped graphene nanomaterials plates, transforming their energy into electricity, with which the CA is powered.

Without a doubt, the CAR PI is quickly becoming one of the most fantastic automobiles ever created, making history in the world of mobility, leaving behind more than a century of developments of internal combustion engines powered by fossil fuels, allowing for a sustainable and friendly development with the planet. Today, the CAR PI is the absolute future.