The coldness of outer space is also a vital renewable energy resource.

There’s probably no need to point out that none of the power supplied by solar panels last year was generated at night. However new study indicates that this does not have to be the case any longer. A method based on the cold vacuum of space, known as radiative cooling, has been developed by Stanford researchers to allow commercially available solar panels to generate a small amount of power at night. Radiative cooling is a process that occurs when solar panels are exposed to the cold vacuum of space.

‘We have a natural tendency to view the sun as the most major renewable energy resource,” said Shanhui Fan, senior researcher on the study. “The extreme cold of outer space also serves as a valuable renewable energy source.”

The researchers think that, although if the modified panels generate a minimal amount of energy when compared to a conventional solar panel during the day, the energy may still be advantageous, especially at night when energy demand is substantially lower.

In terms of technology, the redesigned solar panels do not generate solar energy at night time. The researchers employed radiative cooling technology instead of depending on sunshine to chill their experiments. During the night, when an object is facing the sky, it radiates heat out into space, which means it may get cooler than the surrounding air temperature. Although this effect may be beneficial for cooling buildings, the temperature difference may also be used to generate electricity.

Adding technology to a commercial solar panel that could do just that, producing a little quantity of electricity at night, was the goal of Fan, an electrical engineering professor, and his colleagues.

During the night, the improved panel generated 50 milliwatts per square meter of surface area. Despite the fact that this is substantially greater than previous generations of this technology, it is still significantly less than the amount of energy that a commercial solar panel can output over the course of a day. According to a back-of-the-envelope calculation, one commercial solar panel can provide close to 200 watts per square meter of energy. One watt is equal to 1000 milliwatts in electrical power.

“This is substantially lower,” Fan said. “However, it may be advantageous for certain low power density applications.” According to Fan, this may include night-time illumination, charging gadgets, and keeping sensors and monitoring equipment operational.

According to Fan, the adjustments were made to commercial solar panels, implying that the technique might be extensively used. He also said that more power might be created by changing the design.

There are still many concerns to be solved before any commercial application can be released, according to Geoff Smith, emeritus professor of applied physics at The University of Technology Sydney, in an email response to inquiries. Smith, who was aware of the study but was not engaged, is sceptical that it would ever be a commercially viable source of energy.

“Despite the fact that it is theoretically appealing, adding complexity and potential for degradation to renewable energy systems seldom becomes a reality,” he said.

According to Fan, the study demonstrates that it is possible to produce power in this manner and was not intended to demonstrate any potential practical uses.

Nonetheless, Smith believes that more emphasis should be placed on outer space as a renewable energy source. Cooling and other forms of power production, he believes, are more promising, but the night sky is a useful route for altering energy consumption. Even though it isn’t presently generating a lot of power, radiative cooling is pretty much everywhere.

Although all of this might sound amazing, there is an even better technology, one that allows clean power generation 24 hours a day, 365 days a year, no matter where on the planet.

See also  Car Pi: The mark of a completely new era in the world of electromobility

The new technology is called Neutrinovoltaic

In terms of efficiency and dependability, neutrinovoltaic technology, does not have the same shortcomings as solar energy. Neutrinos, for example, may travel through practically any known material, implying that neutrinovoltaic cells need not require sunlight to function. They may be used both indoors and outside, as well as underwater. Because of the simplicity with which neutrinovoltaic cells may be shielded while generating Power, this technology is not harmed by snow or other inclement weather. Since neutrinovoltaic cells do not depend on visible light, they may continue to create energy 24 hours a day, 365 days a year, no matter where on the planet.

According to the Neutrino Energy Group, neutrinovoltaic technology will first be used for cell phones and laptops, as well as pacemakers and other small devices, but in the future, this energy source will be capable of supplying all of a household’s electrical needs.

The discovery of Neutrinos and other forms of non-visible radiation provides mankind with a long-awaited and dependable answer to the present energy issue. Neutrinovoltaic technology is still in its early stages, but it is expected that this breakthrough, like photovoltaic cells, would one day be universally acknowledged as a legitimate answer to the world’s energy demands. 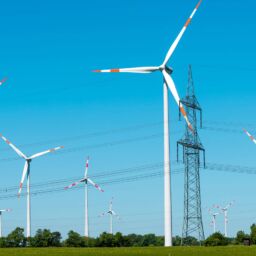 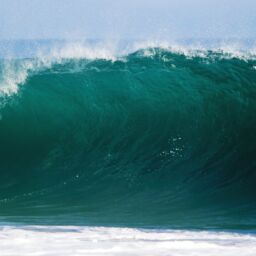