At COP26 in Glasgow last year, Ignacio Galán, CEO of Iberdrola, asked participants to go beyond words and take concrete steps to combat climate change. The corporation has played a significant leadership role over the past 20 years in the decarbonization of the earth based on electrification with renewable energies. The Paris Agreement’s fifth anniversary was celebrated during COP26, which resulted in the Glasgow Climate Pact, which maintained the target of keeping global warming to 1.5 degrees Celsius. Additionally, significant advancements were made in the areas of climate finance, forest conservation, and zero emissions pledges.

The only solution to the energy and climate crisis is to quicken the energy transition and increase spending on renewable energy sources. The necessity to increase national energy independence has been brought to light by Russia’s invasion of Ukraine. The most economical method to accomplish this is through renewable energy sources, which are essential to lowering emissions. Iberdrola will participate daily in various events and meetings of multilateral organizations and alliances because it recognizes its role as a catalyst and benchmark for many other businesses in their goal of electrifying the economy and investing in clean energy. It will concentrate its messages on four key areas:

One of the main objectives of COP27 is to take decisive action to combat many of the already-occurring effects of climate change. This Climate Summit will discuss how countries are coping with the climate consequences that are being felt in such fundamental sectors as agri-food, through adaptation, climate change mitigation, and adaptation to climate change, in addition to doing everything possible to reduce emissions and slow the pace of global warming. We must unite in a strong alliance and on numerous fronts to fight the battle against climate change, which we are currently witnessing on a daily basis.

Climate-related catastrophes like droughts, floods, and storms are anticipated to become more frequent in the future, according to the IPCC’s Sixth Assessment Report. Despite these predictions, Professor Petteri Taalas, secretary general of the World Meteorological Organization, thinks that “Europe can play a vital role in attaining a carbon neutral society by mid-century and completing the Paris Agreement.” Iberdrola, a leader in the wind energy industry and a pioneer in renewable energy, continues to make significant investments in research into new technologies for generating renewable energy. The business holds that everyone’s efforts are essential for raising the standard of our environment and so reducing the effects of climate change. 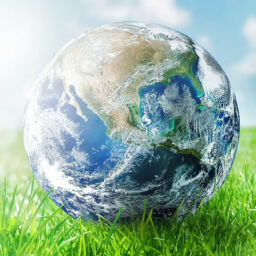